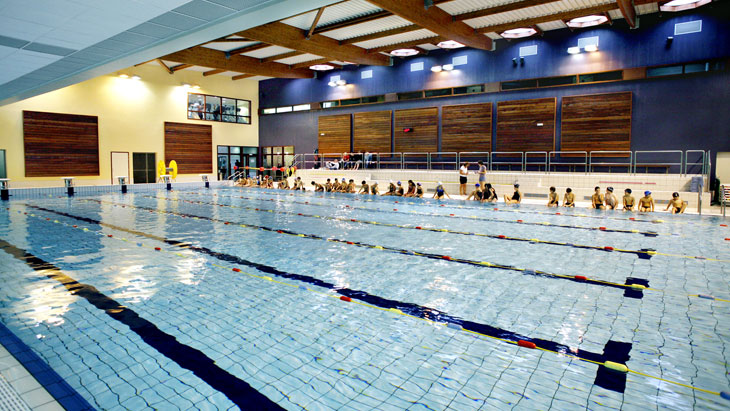 The clever savings of a French municipality

City baths cost a great deal of money – municipalities everywhere have this same complaint; some leisure facilities are even closed down because of it. However, the city of Yerres near Paris has found a way of reducing the costs of its swimming pool: by recycling the shower water with the Pontos AquaCycle* from Hansgrohe and reusing the precious resource for municipal gardening and street cleaning.

Since completion of the new-build, the water from the 53 showers in the recently constructed “Piscine de Yerres” has no longer flowed into the sewage system, but instead undergoes several stages of purely biological-mechanical treatment in the Pontos AquaCycle 36000* grey water recycling system.

The reused process water saves nine million litres of fresh water elsewhere in the city. The system is amortised in just a few years. What convinced the municipality to introduce the system? It was possible to calculate the amount of consumed water that is recycled before the investment was made. Forecasts with other systems such as rainwater usage are less precise.

* All systems were planned and constructed on a customised basis.

More about the economical municipality of Yerres
Back to overview

Hansgrohes uses different kinds of cookies. You can agree to the use of all cookies or make your personal settings or consult the general data protections.